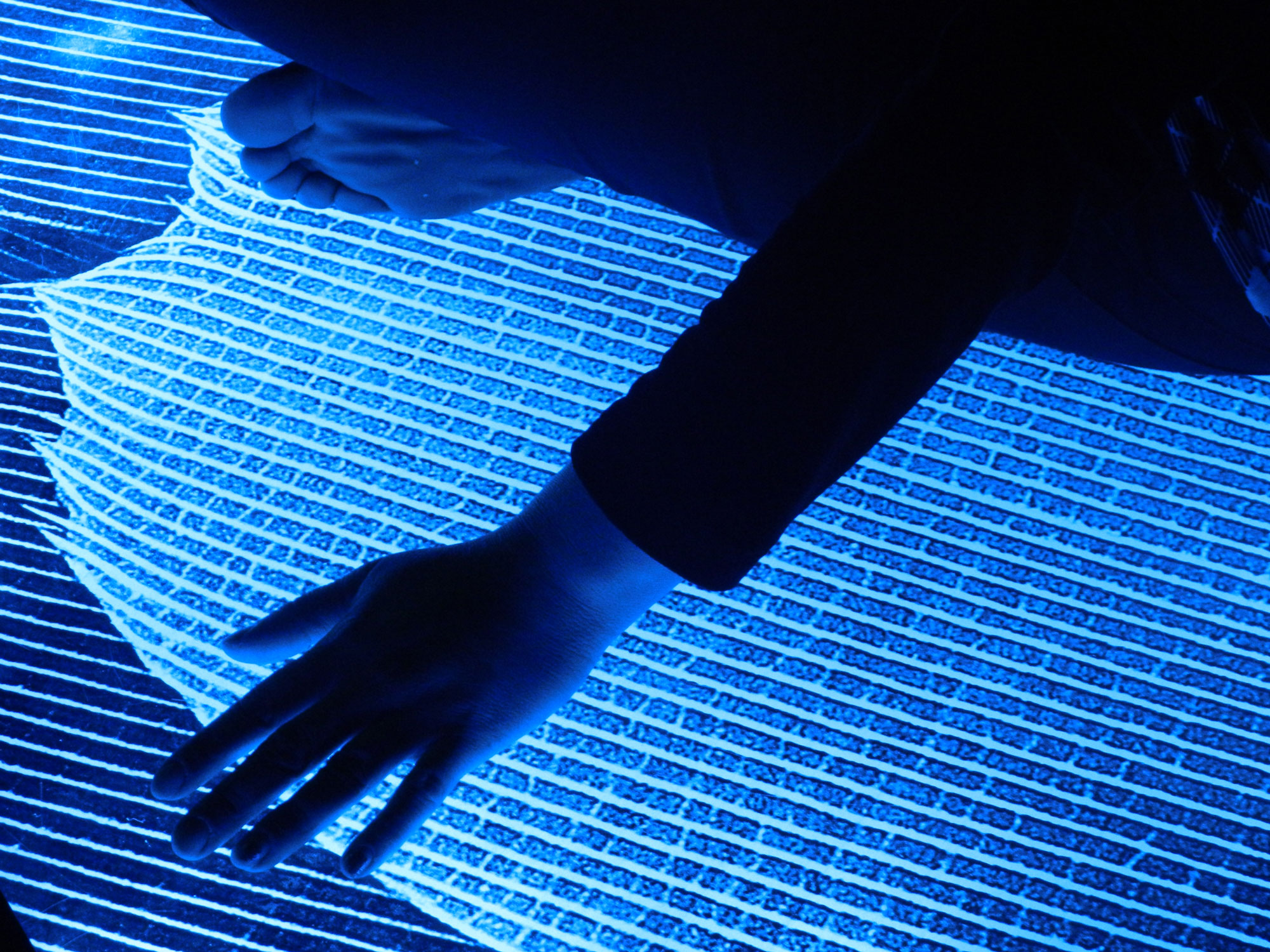 As part of Lectures on Brain as Something by Prof. Takashi Ikegami

Once an artist takes on the challenge of making the invisible visible, or the inaudible audible, s/he is almost immediately thrown into the realm of energy at the edge of art and science. The established art world based on visual culture finds it difficult to place this kind of work. The scientific community, used to working in this realm in a reductionist way, finds it hard to comprehend. Yet the public seems to be drawn to artwork residing “in between”, and there seems to be a universal need for a connection to the spiritual realm beyond what established religions offer. As many speculative ideas in the West circulate around ideas of energetic approach to matter in general, particularly the body and mind, alternative medicine and other Eastern philosophies are thriving. Nanotechnology mixing with the quantum fields, inexplicable to the rational reductionist minds, opens up new territories of vibration matters that brings us back to poetic expressions.

The Ancient Greek word for "butterfly" is ψυχή (psȳchē), primarily means “soul” and/or “mind” and the sensation of feeling “butterflies in the stomach” is most often experienced prior to important events, related to nervousness and can be experienced in situations of impending danger. It is possible that the condition, frequently felt by an oncoming new experience or relationship, is caused by a surge of adrenaline. One could look at the current condition of humanity as a collective state of nervousness, especially in relation to the current economic / ecological crisis that is global. The “butterfly effect” has been very much in the public imagination in the last two decades with numerous movies, Sci-Fi novels and even games, center plots around the idea that one butterfly could have a far-reaching ripple effect in the subsequent historic events.

Victoria Vesna is a media artist, Professor at the Department of Design | Media Arts at the UCLA School of the Arts and director of the UCLA Art|Sci center. Currently she is Visiting Professor at Art, Media + Technology, Parsons the New School for Design in New York and at the School of Creative Media in Hong Kong. Her work can be defined as experimental creative research that resides between disciplines and technologies. She explores how communication technologies affect collective behavior and how perceptions of identity shift in relation to scientific innovation. Her most recent experiential installations -- Blue Morph, Mood Swings and Water Bowls, all aim to raise consciousness around the issues of our relationship to natural systems. Other notable works are Bodies INCorporated, Datamining Bodies, n0time and Cellular Trans_Actions.  She has long-term collaborations with a nanoscientist, a neuroscientist and Buddhist monks.

Victoria has exhibited her work in 20+ solo exhibitions, 70+ group shows, published 20+ papers and gave a 100+ invited talks in the last decade. She is recipient of many grants, commissions and awards, including the Shanghai International Art Science exhibition award for best art work in 2008, the Oscar Signorini award for best net artwork in 1998 and the Cine Golden Eagle for best scientific documentary in 1986. Vesna's work has received notice in numerous publications such as Art in America, Nature, National Geographic, the Los Angeles Times, Spiegel (Germany), The Irish Times (Ireland), Tema Celeste (Italy), and Veredas (Brazil) and appears in a number of book chapters on media arts. She holds a PhD from the University of Wales and is the North American editor of AI & Society journal and author of Database Aesthetics: Art in the Age of Information Overflow edited volume (Minnesota Press, 2007), and recently published Context Providers: Conditions of Meaning in Media Arts, co-edited with Margot Lovejoy and Christiane Paul (Intellect, 2011).