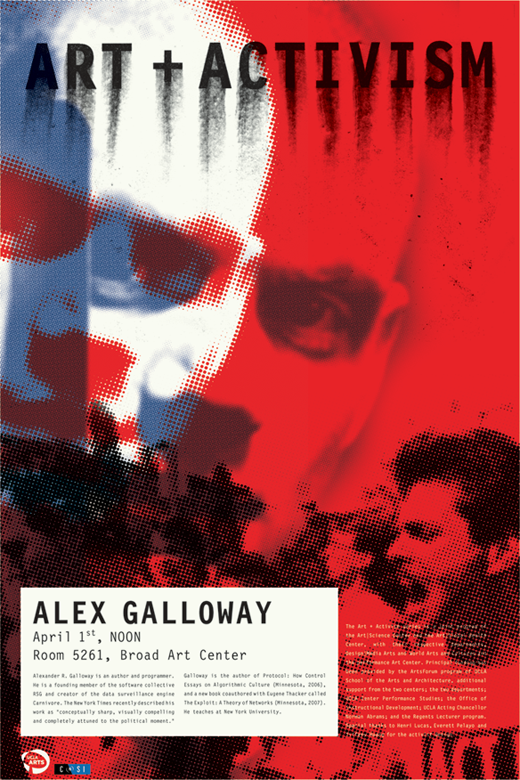 Alexander R. Galloway is an author and programmer. He is a founding member of the software collective RSG and creator of the data surveillance engine Carnivore. The New York Times recently described his work as “conceptually sharp, visually compelling and completely attuned to the political moment.” Galloway is the author of Protocol: How Control Essays on Algorithmic Culture (Minnesota, 2006), and a new book co-authored with Eugene Thacker called The Exploit: A Theory of Networks (Minnesota, 2007). He teaches at New York University.