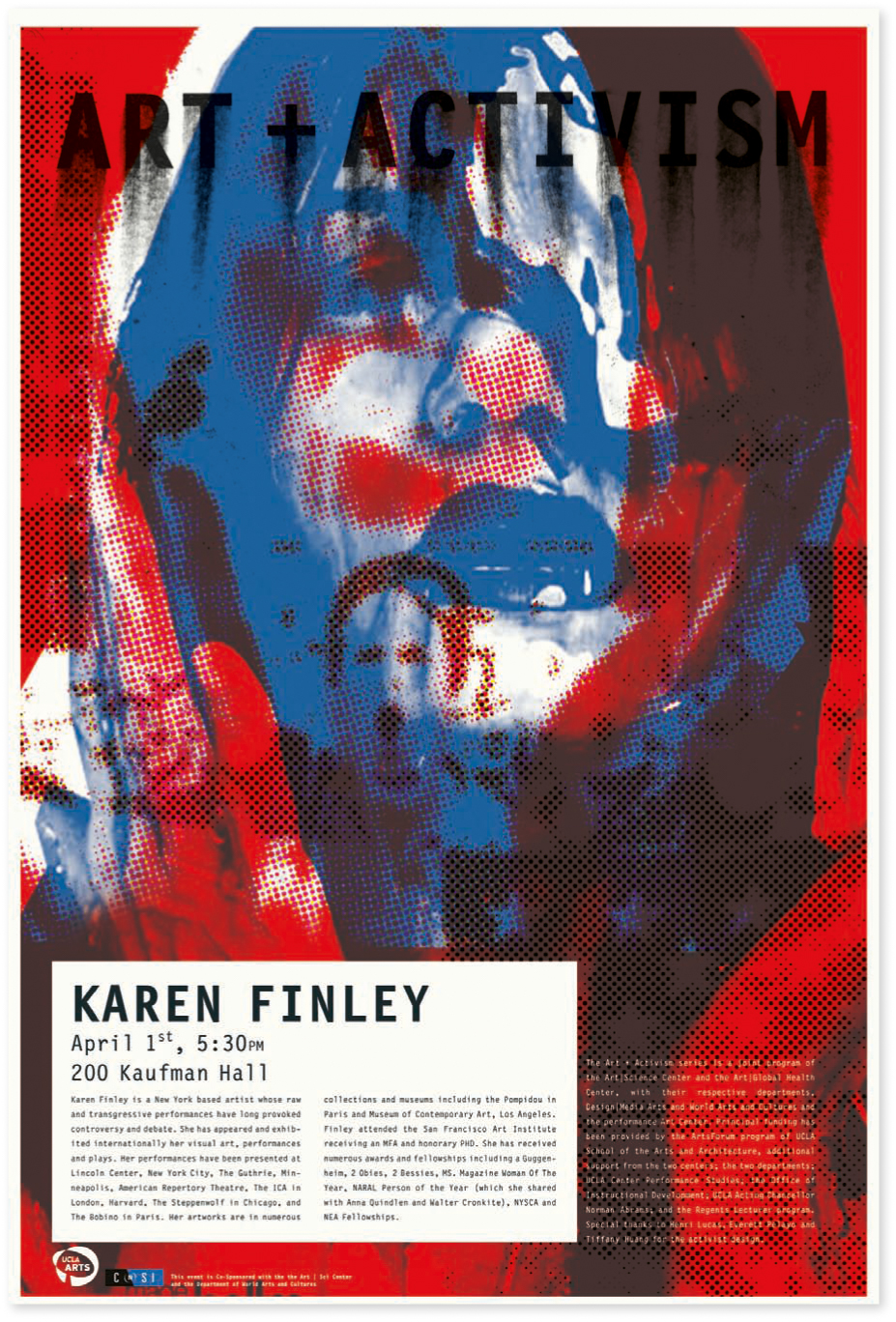 Marie Karen Finley is a New York based artist whose raw and transgressive performances have long provoked controversy and debate. She has appeared and exhibited internationally her visual art, performances and plays. Her performances have been presented at Lincoln Center, New York City, The Guthrie, Minneapolis, American Repertory Theatre, The ICA in London, Harvard, The Steppenwolf in Chicago, and The Bobino in Paris. Her artworks are in numerous collections and museums including the Pompidou in Paris and Museum of Contemporary Art, Los Angeles. Finley attended the San Francisco Art Institute receiving an MFA and honorary Ph.D.. She has received numerous awards and fellowships including a Guggenheim, 2 Obies, 2 Bessies, MS. Magazine Woman Of The Year, NARAL Person of the Year (which she shared with Anna Quindlen and Walter Cronkite), NYSCA and NEA Fellowships.