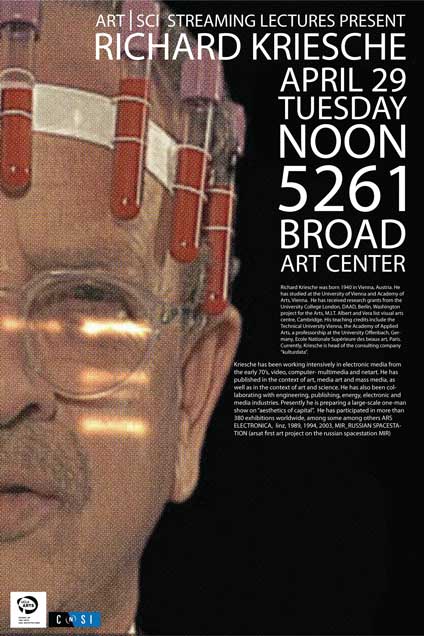 Richard Kriesche has been working intensively in electronic media from the early 1970’s, video, computer-multimedia, and net art. He has published in the context of art and science, and has been collaborating with engineering, publishing, energy, electronic and media industries. At the time of the talk, he was preparing a large-scale one-man show on “aesthetics of capital.” Kriesche has participated in more than 380 exhibitions world wide, including Ars Electronica and MIR_RUSSIAN SPACESTATION (first art project on the Russian spacestation MIR).