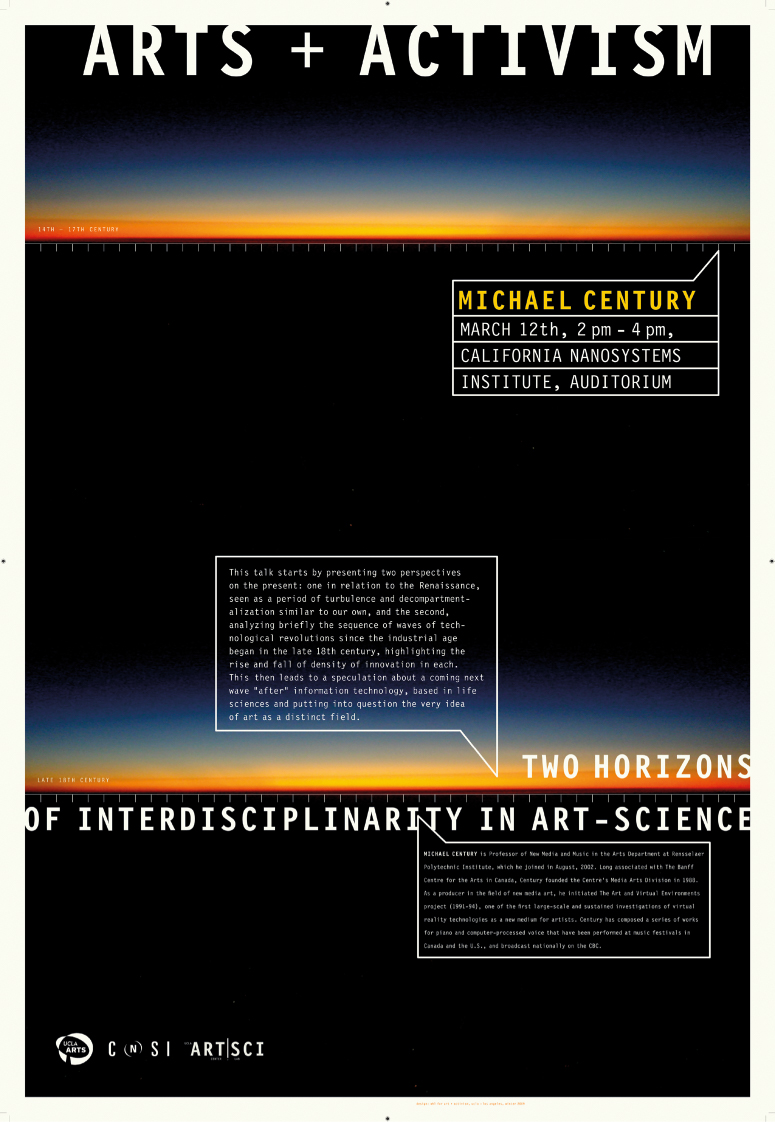 Michael Century is Professor of New media and Music in the Arts Department at Rensselaer Polytechnic Institute, which he joined in August, 2002. Long associated with The Banff Centre for the Arts in Canada, Century founded the Centre’s Media Arts Division in 1988. As a producer in the field of new media art, he initiated The Art and Virtual Environments project (1991-94), one of the first large-scale and sustained investigations of virtual reality technologies as a new medium for artists.
His talk presented two perspectives on the present: one in relation to the Renaissance, seen as a period of turbulence and decompartmentalization similar to our own, and the second, analyzing briefly the sequence of waves of technological revolutions since the industrial age began in the late 18th century, highlighting the rise and fall of density of innovation in each. This led to a discussion about a coming next wave “after” information technology, based in life sciences and putting into question the very idea of art as a distinct field.