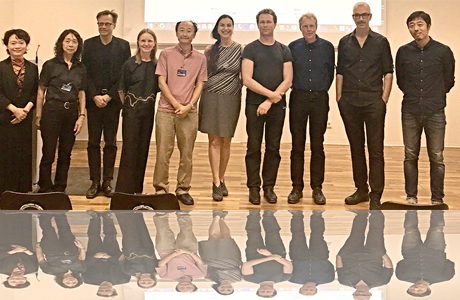 This summer has been busier than ever for Art|Sci!

Victoria Vesna is back in Europe, where she joined Jim Gimzewski at the Kavli prize ceremony in Oslo. After that, they were both off to Linz for a non-stop week at Ars Electronica 2016—not surprising given the topic, Radical Atoms!

For the first day of the festival, Victoria joined her colleagues from the world over to participate in the Campus Educators Forum where they discussed education in media arts. The program was organized by Professor Christa Sommerer, head of Interface Cultures, who announced the newly established alliance with the UCLA Art|Sci Center!