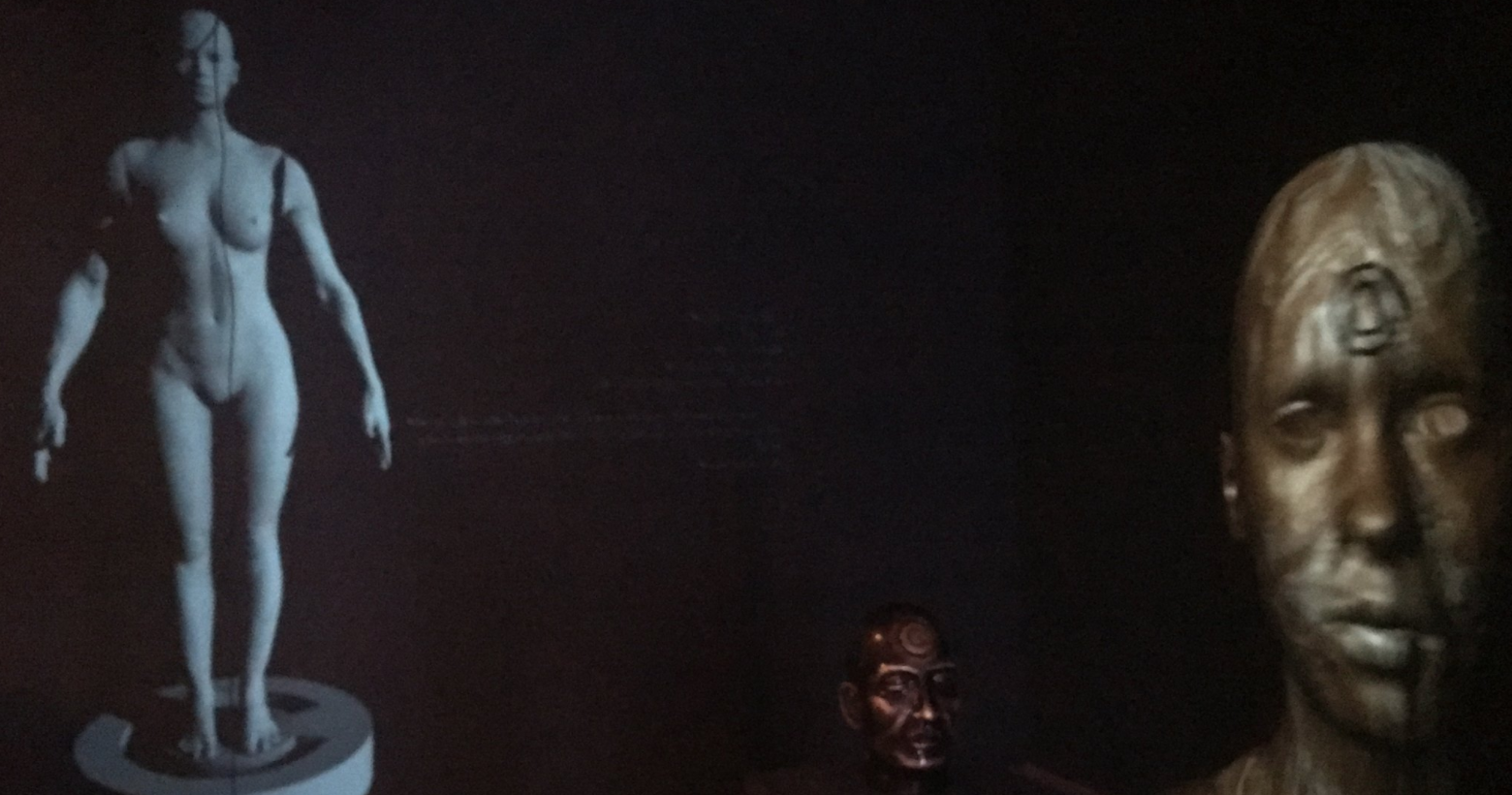 This Spring, the Donald R. and Joan F. Beall Center for Art + Technology at UC Irvine’s Claire Trevor School of the Arts will present "Masculine ←→ Feminine," an intermedia exhibition featuring twelve international contemporary artists. Curated by David Familian (Artistic Director, Beall Center) with support from Micol Hebron (interdisciplinary artist, curator, and associate professor at Chapman University), "Masculine ←→ Feminine" will open to the public on Saturday, January 28, with an artist reception from 2-5pm.
The exhibition will remain on view through Saturday, May 13, 2017.

"Masculine ←→Feminine" focuses on the gendered body, and how artists project gender and sexual identity. Whether it’s historical works like Robert Heineken’s "He/She" series (1979)─in which the artist represents how gender difference affects communication ─ or contemporary pieces like Julie Heffernan’s "Self-Portrait" series (2011)─allegorical oil paintings that often depict the artist in androgynous or non-human states ─ the artworks featured in this exhibition attempt to free us from the masculine/feminine binary. Some works react to a state of being where there is no distinction between masculine and feminine signifiers, as is the case in Victoria Vesna’s new version of "Bodies Incorporated" (1995-2017), a pioneering net.art that allows viewers to design their own avatars using both human and animal features. Others boldly confront ideas about perceived differences between “the sexes,” such as Micol Hebron’s "Barbara" (2011-2017) ─ a site-specific installation of a seven-foot tall crystallized vulva that invites viewers to engage with the seemingly mystical nature of human anatomy, and experience the social dynamics tethered to it. When presented together, the works in "Masculine ←→ Feminine" may reveal a historical timeline of how identity has become increasingly generative as we discover new ways to socially construct ourselves. Especially through the advent of new social, psychological, technological resources, we have unprecedented tools to utilize as we hone our sense of self ─ which ultimately provides greater agency in the evolving notion of a gender spectrum. The artists in this exhibition have advanced this timely and important discourse by actively participating in the current climate of gender politics, and challenging us to do the same.