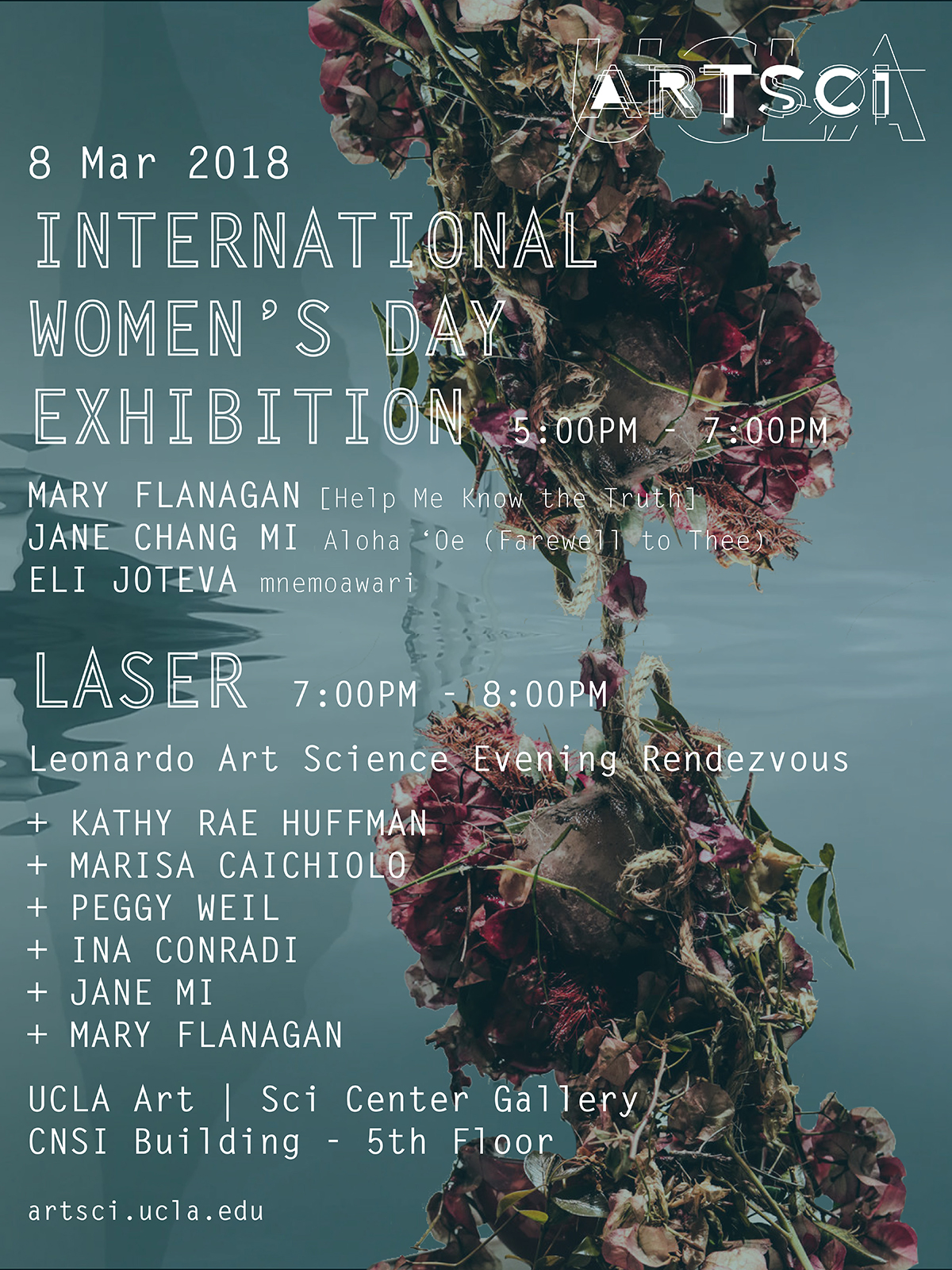 Opening simultaneously with our LASER talk on International Women's Day, we are proud to present the work of Mary Flanagan,Jane Chang Mi and Elí Joteva .

[help me know the truth] by Mary Flanagan is a participatory artwork in which visitors become part of the work across the exhibition. Participants first snap a digital portrait at a small photo booth at the entrance to the show, and their images are used in the work. In the gallery, participants can choose between two slightly altered portraits to match the text label shown on digital devices. By selecting slight variations of the images over time, differing facial features emerge that reveal larger unconscious beliefs about facial features or tendencies related to culture and identity. The project uses a process called "reverse correlation" from computational neuroscience to capture these beliefs.

Aloha 'Oe (Farewell to Thee) by Jane Mi considers the fall of empire. Filmed at the site of the USS Arizona Memorial, Pearl Harbor, invoking the myth of Atlantis. The United States flag sways gently in the reflection of the water, upside down, protesting the new state of America. Recalling how the United States was established on the backs of Native Americans and Hawaiians, African slaves, and countless immigrants. Aloha 'Oe (1878) was Queen Liliuokalani's most famous musical composition, a common cultural symbol for Hawaii. Queen Liliuokalani was the last monarchy of Hawaii, when in 1893 she was overthrown by America-backed businessmen.

mnemoawari by Elí Joteva takes a poetic glance at the potential of entropy within our current ecological crisis. A frozen cryosculpture of organic material melts over the course of the exhibition, performing a slow cycle of release into virtual and material memory. The eroding installation calls into consideration a shift in the western perception of time and progress to include ​wider cycles of change that incorporate breakdown as a vital component of evolution.