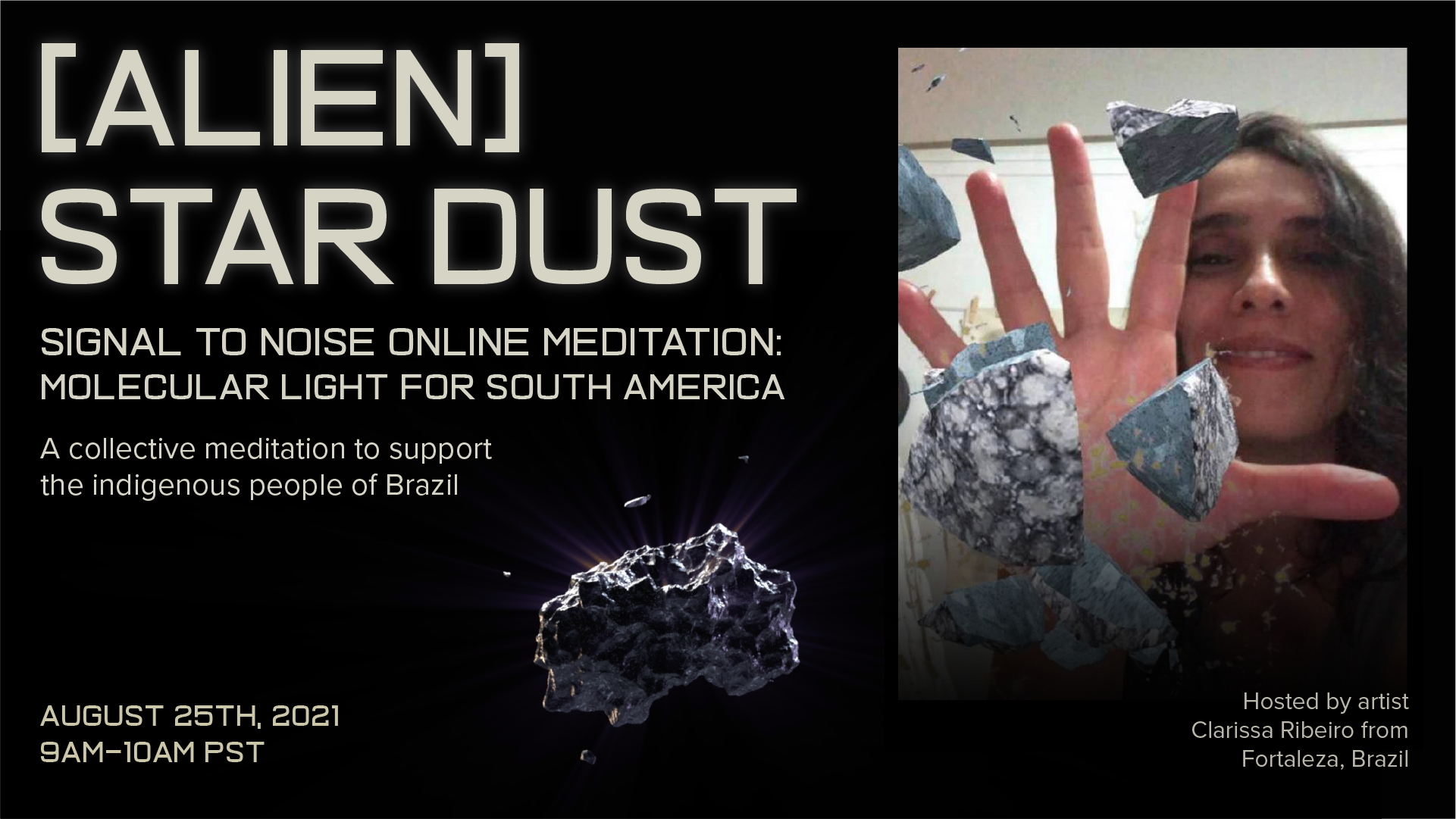 A collective meditation to support indigenous people of Brazil
25 Aug 2021 - 9:00am

Register for the webinar Here

On the occasion of a collective online meditation to benefit those impacted by COVID 19 in South America, Dr. Christian Koeberl introduced the background of a meteorite that crashed in Argentina -- Campo del Cielo. The craters' age is estimated as four to five thousand years. Containing iron masses, they were reported in 1576, but were already well known to local indigenous communities. Dr. Köberl is a Professor of impact research and planetary geology at the University of Vienna, Austria. He is best known for his research on meteorite impact craters. From June 2010 to May 2020 he was director general of the Natural History Museum in Vienna. He commissioned Victoria Vesna to develop a piece for the meteorite gallery at NHM in Vienna and the premiere of Alien Star Dust was on March 11, the day before the entire Europe locked down due to the pandemic. The installation was not seen by many and this piece migrated to the web as a meditation on dust caused by pollution mixed in with star dust that falls on earth every day.

We present this International Complaints Dossier to the world, as it registers severe violations and threats hovering over the lives, bodies and territories of indigenous peoples in Brazil. We do help spreading the message of the dossier expecting this call to be heard worldwide, inviting for an online meditation to remember that this juncture needs to be fought not only by the indigenous communities, but by all those who defend human, animals, and plants rights, impacting the future of all life on Planet Earth.

Comprising less than 5% of the world's population, indigenous people protect 80% of global biodiversity