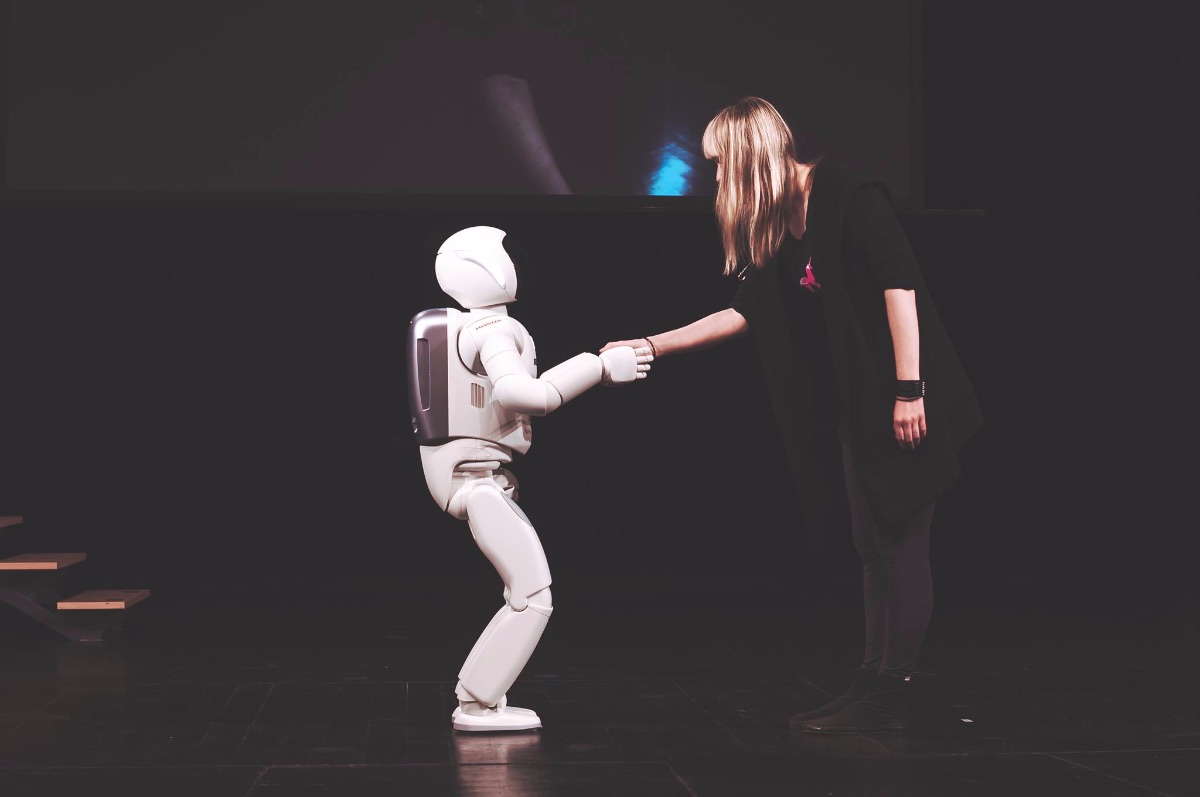 What kind of future do you envision with robots?

This question is at the core of human robot interaction, an inherently interdisciplinary research aspiration. Human robot interaction research brings together engineering and social science, cognitive science, neuroscience, ethics and arts. Humans have a strange response to things that are lifelike, but not alive. Robotics is as much a study of people as it is about robots; it requires us to reach insight into a new and dynamically changing relationship between human and intelligent machines. By creating robots, we can reflect humanity and subsequently we can understand humans better. Learning from human behavior is critical for developing robots for the real world.

In the lecture we will also discuss about Android Science. The development of robots that closely resemble human beings can contribute to cognitive research. The approach of cognitive science uses the android robot for verifying hypothesis for understanding humans. We call this cross interdisciplinary framework Android Science.

Maša Jazbec is an artist, curator and researcher. She holds a Ph.D. in human informatics, attained at the Univ. of Tsukuba (Virtual Reality Lab) in Japan and MA in interactive art, achieved at Interface Culture at the Univ. of Arts and Design Linz. She was a visiting researcher at Ishiguro Laboratory at ATR where has deepened her research in human-like robotics and android science also in practice. She is engaged to the vision and execution of the Trbovlje New Media Setting project in Slovenia, and was curating events integrating science, art and technology at the new media culture festival Speculum Artium. Her projects, exhibited as artworks, have always shown her understanding of new media as a research artistic practice, stemming from artistic and scientific thought, linked to the current situation in the contemporary society. Her latest research interests are mostly focused in social robotics and android science. She presented her research at conferences such as Computer Human Interaction, Human Robot Interaction, ISEA and System Man and Cybernetics IEEE. Currently she is leading DDTLab in Trbovlje, Slovenia. DDTLab is a research lab operating in the fields of cybernetics, virtualization, BCI systems, and robotics.