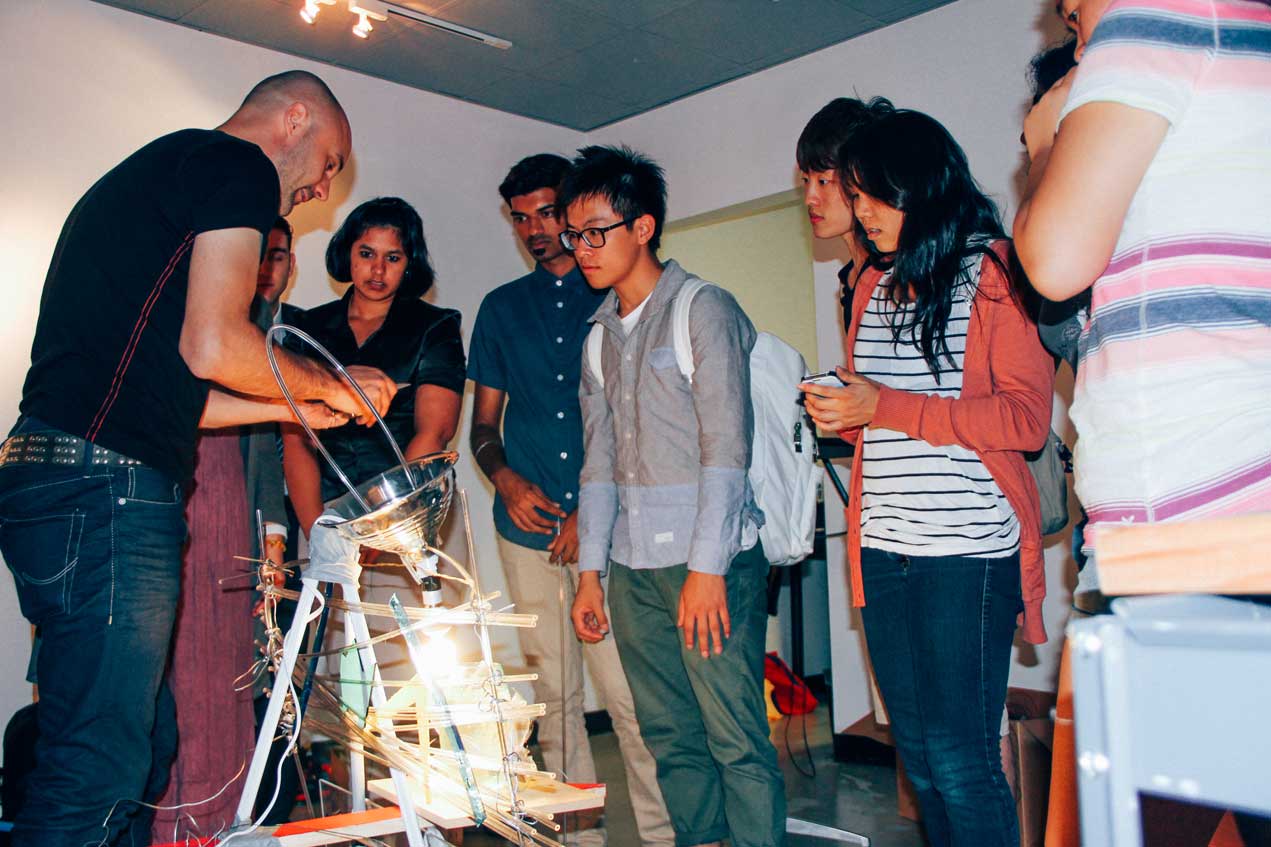 Build-Your-Own Bioreactor was a hands on workshop where participants learned how to build their own green algae bioreactor. They built contraptions that boost algae growth using simple, and mainly recycled and re-used materials such as aeration systems, lights and glassware.

Accompanying the workshop was a lecture on Biomodd, a multifaceted socially engaged art installation that finds meaningful relationships between biology, computers and people. On the most basic level, Biomodd creates symbiotic relationships between plants and computers, and ignites conversations among the community around them. The first version of Biomodd started in Athens, Ohio in 2007, and has since travelled to the Philippines, Slovenia, New Zealand, Belgium and the Netherlands. In each location the project got its own unique outcome. A new version is currently being developed by an international community at the New York Hall of Science in Queens, NY.