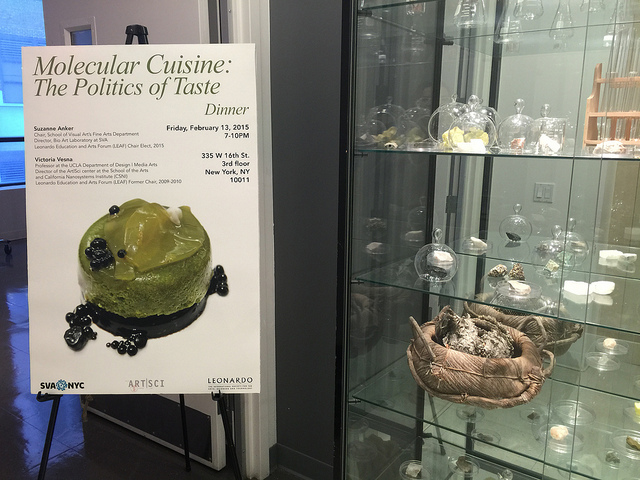 Molecular Cuisine: the Politics of Taste was an interdisciplinary conference focusing on desire’s palette. Investigating the importance of taste from the perspectives of the culinary arts, sociology, art history and theory, anthropology, as well as the cognitive, material and biological sciences, the symposium targeted intersections between taste and value. While taste is the key concept in new cooking technologies, it also connects to our passions, predilections and taboos. Researchers from the scientific and cultural spheres asked the questions on why we enjoy certain foods and not others, why we prefer certain styles and not others. By involving multiple discourses which emphasize the senses, emotions and sensory assets, the concept of taste—which is traditionally one pertaining to the fine arts or humanities—developed a renewed relevance in current cultural debates.