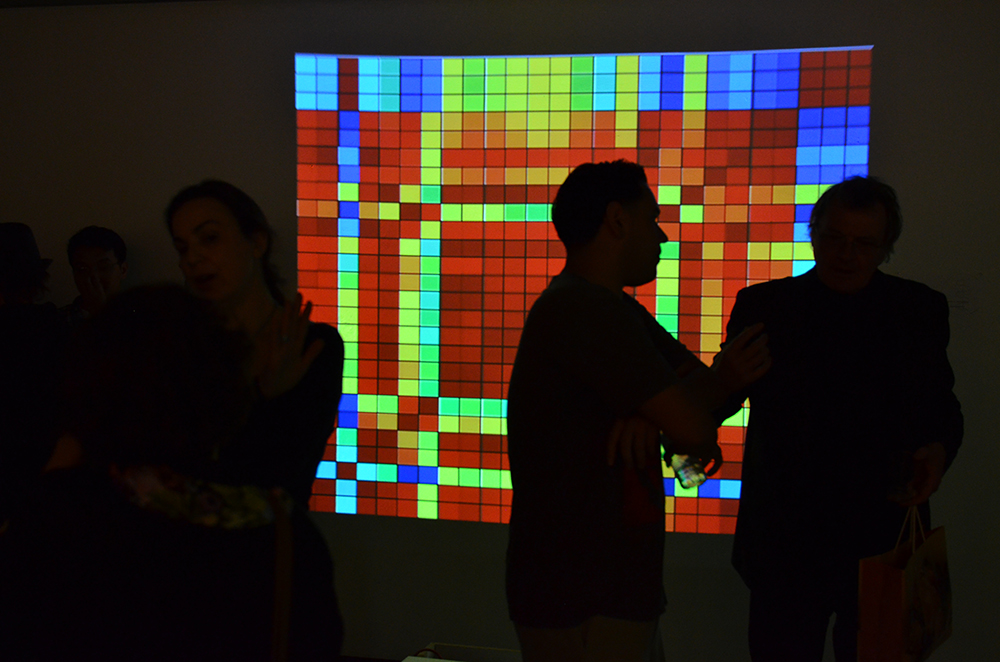 Duality is an Art|Sci manifestation of complexity emerging from a tiny network of billions of tiny self assembled, self-organized, non-linear connections that materialize in time and space through holistic processes and which are a kinesthetic visualization of wandering in and out of the fuzzy borders of chaos and order. We use a real network, where the creator has given permission to its expanding and collapsing spatio-temporal morphogenic and often catastrophic dynamics.

This project represents the transition in science and art from giving up on the clock to embrace a cloud in terms of Karl Popper’s important statement “we live in a universe not of clocks but of clouds.” In the laboratory we build electro-ionic clouds. In the gallery we let them self create images songs and dance for this Art|Sci exhibition entitled Duality. It is the duality of the dark space between the known and unknown, determinism and surprise, mathematical form and fuzziness from which the atoms, electrons and ions speak to the visitors without censorship.